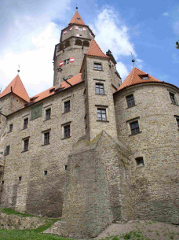 Bouzov, one of the most visited castles in the Czech Republic, is located just 35 km from Olomouc. The castle was initially constructed as a Gothic stronghold in the early 14th century. In the 15th century, fortifications were enlarged and strengthened, and in the 16th and 17th centuries the castle was gradually converted into a residential site. It was rebuilt in the Romantic style by the Habsburg Archduke Eugene into a summer seat of the Teutonic Knights at the turn of the 19th and 20th century. The castle is said to be the birthplace of the Czech King George of Podebrady. It is a perfect example of a medieval castle, equipped inside with the highest comforts of its time. Romantic interiors with rich painting and carving decoration of local folk artists are furnished with period furniture. There are several guided tours available, and the classic route has been prepared for you. Many films have been made here. There is a park around the castle. 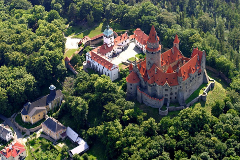 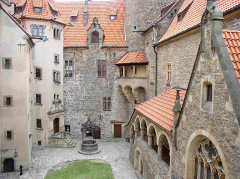 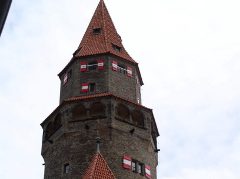