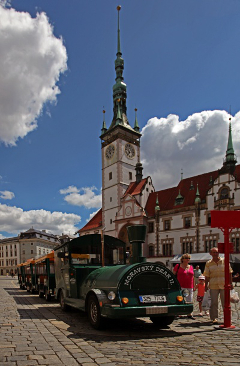 The Olomouc Town Hall building, which dominates the Upper Square (Horní náměstí), has been for more than six centuries a symbol of economic and political importance of the former royal capital of Moravia.

Today it is the most important monument of non-religious architecture in Olomouc and, besides the Archbishop's Palace and six ancient churches, it is the only monument with public or representative function still serving its original purpose today, accommodating the headquarters of the elected city government and its office.

The construction of the Olomouc Town Hall with a mercantile house was allowed by a privilege from the Moravian Margrave Jost of Luxembourg in 1378. 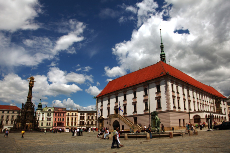 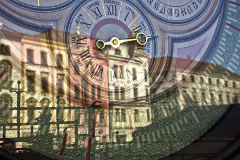 The Holy Hill near Olomouc
The pilgrimage site Svatý Kopeček (The Holy Hill) is part of the city of Olomouc. It is located about 8 km from the Olomouc city centre.

Bouzov Castle
Bouzov, one of the most visited castles in the Czech Republic, is located just 35 km from Olomouc.

Fountains and Columns
The set of six Baroque fountains is a unique monument of Olomouc.