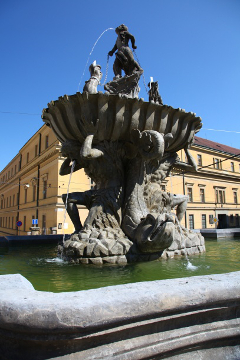 The set of six Baroque fountains is a unique monument of Olomouc. The large stone fountains bear figural decoration, drawing on ancient mythology.

Today they markedly determine the contemporary face of the city. They are evidence of architectural and artistic development of the city, which had been almost destroyed in the Thirty Years War. They are therefore to be understood as a symbol of the rebirth of the city. The set of fountains completes the seventh Arion Fountain designed by the famed sculptor and native of Olomouc Ivan Theimer. In 2007, another offspring of Olomouc fountains was unveiled - the The Spring of Living Water of St. John Sarkander fountain located in the courtyard of the Chapel of St. Jan Sarkander. Columns are an interesting feature of the city as well. Not only the above-mentioned column of the Holy Trinity Column, but also for example The Marian Plague column on the Lower Square (Dolní náměstí), which commemorates the victims of the plague of the 18th Century. 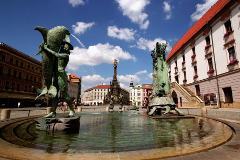 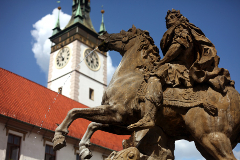 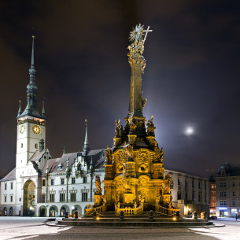